For the supply, installation & maintenance of dairy farming technology in Central and the West of Scotland
You are here: Home / News / #DairyFlowis10 twitter competition

From 1st – 30th September 2014 we are hosting our first twitter competition to celebrate our 10th anniversary.

Photos could be of: 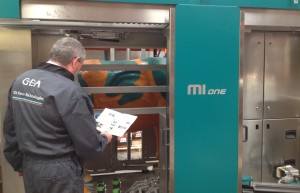 Don’t forget to upload your picture along with #DairyFlowis10 otherwise we may miss your photo.

1. The competition opens on Monday 1st September 2014 and closes at midnight on Tuesday 30 September 2014.
2. To enter the competition, entrants must:
(i) follow @DairyFlow on Twitter
(ii) tweet a photo of a DairyFlow installed GEA parlour or product supplied by DairyFlow using the hashtag #DairyFlowis10
3. Winners will be notified in October 2014
4.  The winners will receive a GEA/DairyFlow goody bag. There are no-runners-up prizes. The decision of the judges is final and no correspondence or discussion shall be entered into.
5. The Tweet may not contain libellous, sexually explicit, disparaging or other inappropriate content.
6. No entry may contain unlawful, obscene or objectionable material. GEA Farm Technologies and DairyFlow also reserves the right at any time during the prize draw to remove or disqualify any Tweet when it believes in its sole discretion that the entrant has: (i) infringed any third party’s copyright; (ii) does not comply with these Terms and Conditions; (iii) failed to obtain the necessary consents as set out in these terms and conditions.
7. The entrant must be the original creator of the Tweet and must have obtained the necessary permissions for the inclusion of copyrighted images (if any) within the Tweet. The Tweet must not infringe the rights of privacy and publicity, copyright, trademarks or intellectual property rights of any person or organisation.
8. If the entrant uses any material or elements in the Tweet which are subject to the rights of a third party, the entrant must obtain prior to submission of the Tweet, the necessary consents from such party to enable DairyFlow/GEA to use and showcase the Tweet. Such consent(s) shall be at the expense of the entrant. A non-exhaustive list of such material or elements include: name, likeness of any person and/or audio-visual material which the entrant does not own.
9. This prize draw is only open to residents of the United Kingdom. Entrants must be over 17 years of age.
10. By entering this competition, entrants agree that DairyFlow/GEA may: (i) showcase their Tweets on DairyFlow’s website and any other media in connection with the competition and use their names, likenesses, photographs and/or biographical information (as it appears on Twitter) and Tweets for advertising, publicity and promotional purposes without additional compensation.
11. The entrant agrees that DairyFlow/GEA shall not be liable for any claims, costs, liabilities, damages, expenses and losses arising out of (i) DairyFlow/GEA’s use of the entrant’s Tweet; (ii) the entrant’s participation in the prize draw; (iii) technical failures of any kind including but not limited to problems or delays arising from software or equipment malfunctions or computer viruses; (iv) any events outside DairyFlow/GEA’s reasonable control. Nothing in this clause shall be construed to exclude or limit  DairyFlow/GEA’s liability for death or personal injury caused by negligence or any other liability which by law cannot be excluded or limited.
12. The promoter of this prize draw is GEA Farm Technologies (UK) ltd, Stoneleigh Park, Kenilworth, Warwickshire, CV8 2LG.

This site uses Akismet to reduce spam. Learn how your comment data is processed.